GES, which operates in the desalination, water treatment and wastewater sector announced today that it has signed an agreement to acquire Aqwise, which over the past decade has achieved its status as one of Israel’s leading, rapidly-growing technology companies in the global water and wastewater treatment Sector.

Michael Dayan, GES CEO, said today that the combination of Aqwise’s engineering capabilities, the range of specialized technologies and its sizable global footprint, coupled with GES’s robust executive capabilities and Generation’s financial backing, are going to facilitate the delivery of a complete portfolio of services in the water and wastewater sectors to Tier-1 industrial customers, to municipalities and to other players dealing with environment-related challenges, including operational aspects and long-term financing.

Aqwise will continue to operate as a separate entity, as a subsidiary wholly-owned by GES.

Elad Frenkel, Aqwise CEO, said today that there are very few companies in the world with a clear business focus in the water sector, which offer such a broad range of technological solutions and have such extensive international presence.

Frenkel added that combined with the synergies and robust financial backing of GES, there is no doubt Aqwise, alongside with Aqana its anaerobic specialist subsidiary in the Netherlands, would be able to continue its rapid growth and further increase its global presence.

About GES – GES is a company wholly owned by the Generation Capital Fund. It was founded in 1988 and is one of the Israel’s oldest companies in the water, wastewater and environmental sector. Over the past year, GES has exhibited dramatic growth in its business volume after having concluded the acquisition of the Palmachim desalination plant and the household solid waste sorting facility near Jerusalem.

It has also reached financial closing of a project to build and operate a municipal waste management facility in the Shafdan area, while all the time its existing activity has been undergoing rapid business development. In addition, GES manufactures, imports and markets high-quality industrial chemicals. Generation Capital is the first investment fund dealing in infrastructures and energy to be traded in Israel.

The Palmachim desalination plant, which was built and upgraded twice to achieve a desalination capacity of 90 million cubic meters per year is just an example of its capabilities in this field. The Company offers its customers (power stations, chemical, petrochemical and electronics plants, metal factories, food and beverage factories, cosmetic and pharmaceutical companies, institutions, government and municipal authorities, military units etc.) a complete suite of services, which includes all of the project phases, from concept development to detailed engineering design, fabrication, construction and commissioning in the field, to routine operation and maintenance of the facilities.

About Aqwise – In recent years Aqwise has emerged as one of the leading companies in Israel and worldwide in the development and implementation of innovative water and wastewater treatment solutions for the municipal sector and for the industrial sector. Aqwise invests heavily in research and development of innovative processes for wastewater purification and recycling and for energy recovery in order to provide solutions for the global water crisis and for the requirements of regulators and industry, which become more and more stringent from time to time.

Aqwise’s technologies have so far been implemented in over 500 sites in over 50 countries all over the world. The Company has offices in Mexico and Central America, The UK, Germany, Italy and India. In addition, Aqwise has a subsidiary in The Netherlands, Aqana, which specializes in anaerobic processes that produce green energy from wastewater and which provides solutions for leading customers in the paper, food & beverage and chemical industries.

These days Aqwise is carrying out advanced projects for some of the world’s most advanced municipal clients and also for multinational corporations such as Unilever, Coca Cola bottlers and Thyssenkrupp, with which it has signed one of the largest Israeli offset deals in recent years.


Mission:Zero at Neckarsulm site: Audi is shaping the future of production, consistently and sustainably    Interview with Plant Manager Fred Schulze and Head of Environmental Protection Achim Diehlmann    Neckarsulm site actively working to conserve nature and create a livable future in the region  & more >>


The Tramagal Plant in Portugal will become CO2-neutral by 2022    Plants in Japan to follow, to achieve CO2-neutrality by 2039 at latest    The Kawasaki and Nakatsu Plants have already achieved 17% reduction in CO2 emissions since 2015 more >>


…for achieving the two-degree target during a climate conference simulation Setting emissions targets for fossil fuels, making political decisions about deforestation and land use, and establishing a climate fund – around 300 students grappled with th more >>

“Signing a comprehensive contract with a visionary more >>


Starting in 2026, Audi will only launch new all-electric models on the global market
Audi will phase out production of the last internal combustion engines by 2033        Audi more >>


Green Technology: Environmental Projects Are Picking up Pace at Audi


What is Audi doing to protect the environment? This question was the focus of TechTalk: Green Technology, at which Audi presented some complex and innovative technology topics on June 9 and 10, marking the kickoff of the GREENTECH FESTIVAL corporate event on June 17 and 18. more >>


The world’s first ever zer more >>


Clean Air Zones- are you ready?


With Birmingham launching its Clean Air Zone (CAZ) on Tuesday 1 June, road users are being reminded to assess the impact on their journeys and explore options for upgrading non-compliant vehicles. Vehicles are not banned in the Birmingha more >>


CNH Industrial has published the companion guide to its 2020 Sustainability Report. For the first time, this edition of A Sustainable Year is proposed as an interactive online magazine. Visit more >>


Volvo Cars today made a significant step towards its ambition of making its global manufacturing network climate neutral by 2025, announcing that its Torslanda site in Sweden is its first car manufacturing plant to reach fully climate-neutral status. more >>


Mercedes-Benz to use green steel in vehicles in 2025, reducing its carbon footprint


Equity stake in H2 Green SteelMercedes-Benz AG is the first car manufacturer to take an equity stake in Swedish start-up H2 Green Steel (H2GS) as a way to introduce CO2 free steel into series production. Together with its steel suppliers, the company is r more >>


SYNETIQ announce the ‘The Road to Tomorrow’ – their sustainability roadmap    Company has avoided 5.5 million KGs of CO2 by supplying ‘Green Parts’ to Britain’s fleets and insurers    CO2 saving large enough to power 1000 homes for one year&nbs more >>


The Audi Environmental Foundation and the “Energie Effizient Einsetzen” (“use energy efficiently”) association are investigating the impact of peatland conservation, humus formation and reforestation on the regional climate        Peatland is a highly efficient carbon store offering greater storage cap more >>


Hydrogen energy: what are the benefits for the EU?


Find out what the benefits of hydrogen energy are and how the EU wants to make the most of it to support the green transition.Clean energy: essential for a climate-neutral Europe more >>


The BMW Group is underpinning its mission for sustainable mobility with ambitious goals for the reduction of greenhouse gases: At today’s Annual General Meeting, the company announced that it will avoid emission of over 200 million tonnes of CO2 by 2030. This is equivalent to more than 20 times the annual CO2 emissions of a city with over a million inhabita more >>


– Air: reduce by more than 55 % premature deaths caused by air pollution;- Water: reduce waste, plastic litter at sea by 50 % and microplastics released into the environment by 30 %;
– Soil: more >>


– Extensive package of measures aimed at accelerating the sustainable production and use of electric cars  – The company aims to cut CO2 emissions in Europe by an average of some 17 tons per vehicle by 2030, 40 percent less than in 2018  – Investment of 14 billion euros in decarbonization by 2025  – Green electricity f more >>


As a driver of performance and innovation, a new environmental and societal strategy is incorporated into the Renaulution strategic plan.     This strategy adapts the Group’s Purpose into an operational roadmap; it helps the company through its transformation by ramping up the ecological transition, enhancing the safety of more >>


The fight against climate change requires big business commitments as well as everyday things    SEAT S.A. employees describe how they contribute to reducing their carbon footprint in their daily lives    Sustainable mobility, reducing plastic consumption and going paperless are some of the measures they put more >>


In pursuit of the company’s goal to establish sustainable leadership, Hyundai Motor has announced a pan-European partnership with the marine conservation organisation Healthy Seas    By partnering with Healthy more >>

Wed Aug 4 , 2021
Posted by Paul Moore on 3rd August 2021 Diesel engines remain the ideal prime mover for mining trucks. They are the benchmark for performance, availability, maintainability, refuelling range, costs, and are suitable for extreme environmental conditions. But they also account for about 50% of the GHG emissions […] 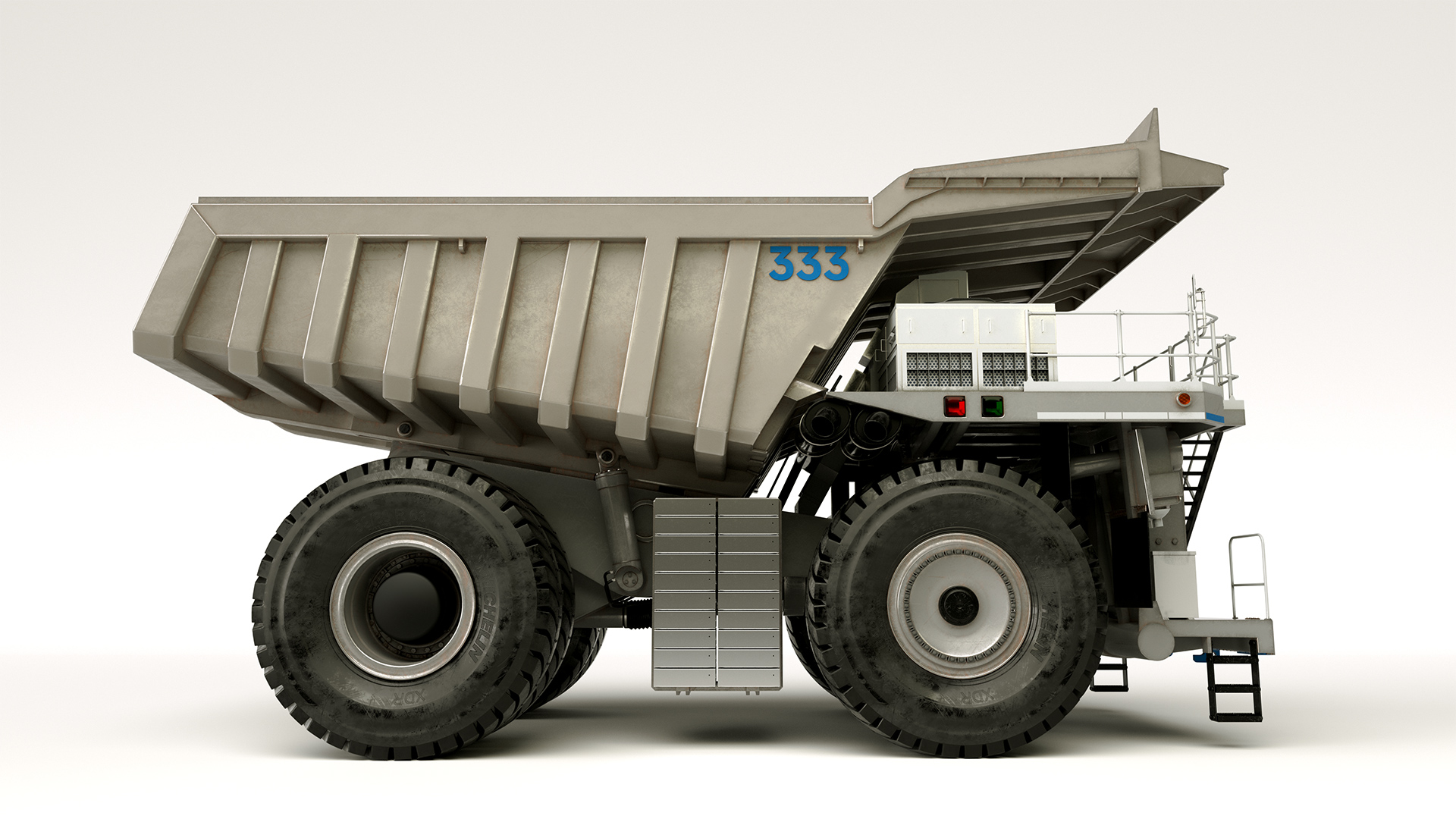