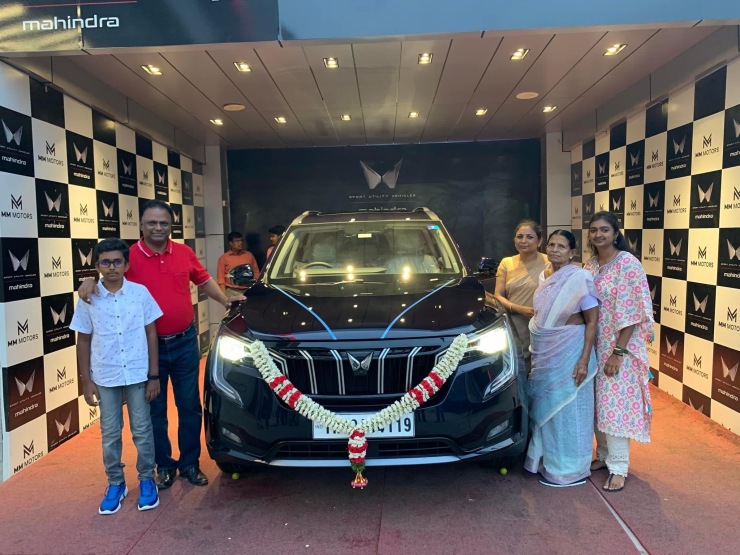 For the Mahindra XUV700, which was launched more than a year ago, the UV maker has confirmed that the waiting periods have increased, which now are up to 18 or 20 months for some of its variants. The same waiting period goes for the recently-launched Mahindra Scorpio-N as well.

According to Mahindra, it is currently receiving around 8000-9000 bookings for both models consistently every month. Due to this consistent rise in bookings, the total account of bookings for both SUVs now stands at 1.30 lakh vehicles in total. This figure also includes the refurbished version of the previous-generation Scorpio, which was launched as Scorpio Classic. In total, Mahindra has raked in around 2.60 lakh bookings of its SUV range, which also includes some of its other models like Bolero, Bolero Neo, XUV300 and Thar. To counter the increase in bookings, Mahindra has already ramped up its production rate, however, it has not been revealed by Mahindra how much increase has been introduced for the same.

The Mahindra XUV700 was launched in August 2021 and instantly set the sales charts on fire. Brought in as a replacement for the ageing XUV500, the XUV700 sits on a monocoque frame and is available in both front-wheel drive and all-wheel-drive options. There are two powertrain options – a 2.0-litre turbocharged petrol engine and a 2.2-litre diesel engine, both of which are available with 6-speed manual and 6-speed automatic transmission options.

On the other hand, the Mahindra Scorpio-N was launched in July 2022 and was introduced as a more premium offering sold alongside the previous-generation model, the Scorpio Classic. Unlike the XUV700, the Scorpio-N is positioned as a more rugged vehicle, which is available in both rear-wheel-drive and four-wheel-drive configurations. The Scorpio-N shares its 2.0-litre turbocharged petrol and 2.2-litre diesel engine options, along with 6-speed manual and 6-speed automatic transmission options, with the XUV700, though in different states of tune.

While Mahindra is facing production constraints, it is not back footing in its near plans. The trial runs of the five-door version of the Mahindra Thar are already in a full swing, which is expected to hit the showroom floors in the first half of 2024. The five-door Mahindra Thar will be positioned above the three-door version and is likely to retain both petrol and diesel engine options from the latter.

Fri Nov 18 , 2022
The OBD is short for On-Board Diagnosis, a diagnostic protocol that keeps track of vehicle operation. When the car is running, its control modules monitor how each system performs. They do this using a range of sensors, and when their values are out of predetermined range, the vehicle warns a […]